Once upon a time, in a country across the sea, there was a king. The king was in a bad state, because all the money that he made from selling bread to his subjects was spent on his subjects’ wages, so that there was no money left on Sunday for himself and his ministers to eat raspberry cake. On this particular day, all they could afford was plain cake, and when the young heir, who had been taking tea in the nursery, entered the great hall and asked: ‘Daddy, where are the rahbries in my cake?’, the king’s heart broke in two. 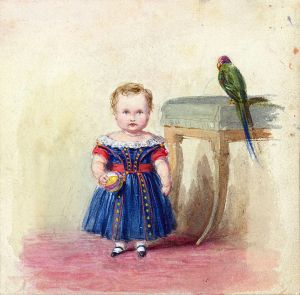 So the king gathered his ministers, and the first minister said: ‘sell more bread’, but there was only so much grain the king’s farmers could grow in a week, and only so much flour his millers could grind, and bread his bakers could bake. Then the second minister spoke, and he said: ‘stop paying wages to the people’, but the king had tried that, and noticed that the people had stopped buying his bread. Besides, there had been a lot of shouting in front of his palace and his roses had been trampled on; in short, the whole business had been very unpleasant. But then two new ministers stepped forward. They had only just arrived at the court, but the king had heard they had greatly helped out a befriended head of state with his wardrobe.

The two ministers stepped forward and announced they could take away all the king’s worries. All he had to do was run a lottery. Everyone who worked for him would enter the lottery: their ticket came instead of their wages. Each Sunday, the king would have to draw a winner and that winner would receive a fifty-fold weekly wage and could loaf about for an entire year if they so chose.

So that evening the king issued lottery tickets, and everything worked splendidly. The whole week long, his subjects worked away diligently, and the king still saved ninety-nine thousand nine hundred and ninety-nine weekly wages in one week. The winner of the lottery came to the palace – but rather than trample on the king’s roses, he shook hands with him. Meanwhile, the rest of the people mustered fresh courage for the following week’s lottery.

And everyone in the kingdom lived happily but on average very shortly.

The drawing is by Queen Victoria, of her son Albert Edward (1843), and now in the UK Royal Collection RCIN 980062 (reproduction from Wikimedia Commons). Unnecessary to add that Albert Edward was not the prince in the fairy tale; Victoria’s drawing is used purely because it offers such a beautiful illustration to the story.

Unauthorized duplication of this material (except quoted materials, over which I hold no copyright) without express and written permission from this blog’s author is strictly prohibited. Excerpts and links may be used (‘fair use’), provided that full and clear credit is given to APHG and Historian at large with appropriate and specific direction to the original content.